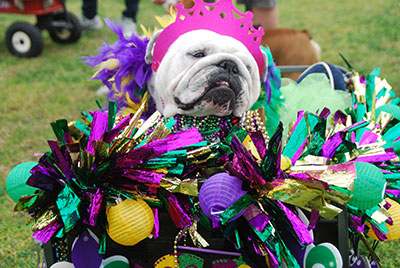 Pre parade battle of the bands with many marching bands from Houston-Galveston area will perform and the outstanding groups will be awarded the coveted trophy. Come out and cheer for your favorite Marching Band

The Krewe’s annual festivities begins at 9am at the Public School Stadium Parking lot, 27th & Ave L., with the back by popular demand “Battle of the Bands”, to include local and Houston area bands. The Parade will present Krewe Royalty, motorcycle groups, drill teams, dancers, ROTC, boats and much more, and will kick off at 11am from Kempner Park, 27th and Ave N. From there, it proceeds to Seawall, down Seawall, right onto 31st street, down Ave N, left onto 27th and end at Jack Johnson Park – 27th and Avenue M.
At Jack Johnson Park, immediately following parade, the “Yard Party” will begin! More bead throwing, more music and food and drinks for sale and plenty of FUN! Come out and join us for a day full of family-friendly outings.
Info: Valmac2001@aol.com

3.00pm
Mardi Gras Parade Viewing Party
Non-strand - 2317 Mechanic, Galveston TX
Island ETC invites you to its annual Mardi Gras Parade Watching Party, Saturday, February 6, 3pm to midnight.  Dinner will be served at 6pm.  Tickets are $100 person.
Admission includes plenty of beer, wine, set-ups, a Cajun-style catered dinner, and a wristband that will allow you to move in and out of the protected gated area and onto the streets with the masses.
Only a limited number of tickets will be sold, so purchase your tickets early.

6.00pm
A&M Mardi Gras Parade Viewing Party
The Tremont House, 2300 Mechanic St, Galveston, TX
Mardi Gras at The Tremont House will have a little more maroon this year, as the hotel transitions its famous Mardi Gras ball to a new event benefitting Texas A&M University at Galveston in memory of hotel owner and 1940 Texas A&M University graduate George P. In tribute to Mitchell, The George P. Mitchell Society of Texas A&M University at Galveston is now the beneficiary and host of this legendary party which had been presented by George and Cynthia Mitchell and the Mitchell family since its start in 1985. The A&M Mardi Gras Parade Viewing Party will take place entirely in the Tremont Ballroom and offer dinner, open bar, live music and a premier view of the Momus Grand Night Parade as it passes in front of the hotel. Guests will have the option to watch the parade from the ballroom balcony or on the street level in a gated viewing area. The Tremont House is donating the venue, staff and food and beverages enabling all proceeds to benefit the school.

The George P. Mitchell Parade Honoring Douglas Matthews will begin at 7:00pm from The Tremont House with festive floats parading through the Historic Strand District on the kick off night of Mardi Gras! Galveston Friday, 29, 2016.

8.00pm
Funky Uptown Umbrella Brigade Parade
Strand District, Galveston, TX
This FREE event offers families, friends, corporate groups, organizations and individuals a chance to do a little dance, have a lot of fun and get down tonight.
Registration:http://www.mardigrasgalveston.com/pdf/2016%20Umbrella%20Registration%20Form.pdf

Krewe da’ Yaga’s Café makes its return with a parade full of Yaga’s Café family of the past, present and future.
Email: sflores@yagaspresents.com for more information.

ALL runners will receive:  Access to all the Mardi Gras festivities in the Entertainment District - headline concerts on 2 stages, 4 parades including the Mystic Krewe of Aquarius and Krewe of Gambrinus parades and more!
For more information: http://www.mardigrasgalveston.com/parades.asp#/?i=1

1.00pm
5th Annual Zaniest Golf Cart Parade
Why stop with a world record-breaking umbrella parade when you can have the Zaniest (DECORATED) Golf Cart Parade? This parade is another great chance for friends and family to get together and participate in this interactive display of the ZANY spirit of Mardi Gras! Galveston. Free Entertainment District entry to all participants of the parade.

Tune into this rockin’ parade as the Krewe D'iHeartMedia Parade cruises down the Strand!

Friday, February 5, 2016
7.00pm
Danny Weber Memorial Fire Truck Parade
Danny Weber, Sr. was a lifelong Galvestonian who spent over 30 years in the Galveston Fire Department as he worked his way through the ranks, eventually becoming Fire Chief. After he retired, still wishing to serve the community he loved, he ran for City Council, serving three terms as the District 5 Representative. Danny was a devoted family man and a good friend to all who knew him. This parade is dedicated to Danny because of his love for his community, fire department, and Mardi Gras! Galveston.

8.00pm
Krewe Babalu 11th Annual All Krewe Parade
Come watch the 11th Annual parade. This parade is packed with more beads per foot than any other. See it twice. Once from Mechanics Row and then from the Strand. Come load up on beads!!!

Saturday, February 6, 2016
1.00pm
Z Krewe 22nd Z Processional
The annual Zanie Procession is held through the Historic Strand District along Mechanic Street from 25th to 20th and back up the Strand. Hundreds of Zanies throw their "best beads" to the crowds. The parade features bands, military units and zany revelers from other clubs, and is led by Big Daddy and Big Momma followed by King and Queen Zanie and their royal Zoots and Zaftigs.

The 18th annual Krewe of Barkus & Meoux Parade, sponsored by the Galveston Island Humane Society, is set for Sunday, February 7, 2016 -  beginning at 1pm.

Parade Marshalls and Queen of the Krewe of Barkus & Meoux Parade is Christi Jensen, winner of the 2015 PAWS Gala Elite Pet Owner contest and her "Roscoe", winner of the coveted Pet of the Year title. Sponsored by and benefitting exclusively the Galveston Island Humane Society (GIHS), proceeds from the Krewe of Barkus & Meoux Parade will be dedicated to the shelter’s on-going Spay/Neuter assistance programs, including their “Fix a Pit” and the feral cat TNR programs. Last year the parade hosted over 300 pets in this fun, family Mardi Gras event.

Advance registration is $20 per pet - if pre-registered by close of business on Wednesday, February 3rd. Day- of- parade registration is $30 per pet. Check in and on-site registration will begin at 11am at 21st and Harborside Drive  (between Willie G's Restaurant and the Harbor House Hotel.

Participants must provide a current rabies certificate to verify that vaccinations are up to date for each pet. All walking pets must be on a leash no longer than six feet - No retractable leashes will be allowed. Parade attendees are asked not to throw candy as it could be harmful to pets if swallowed. Both pets and pet owners are encouraged to dress in Mardi Gras costume. The popular costume contest will be held from 11:30 – 12:30. Staging will be in this same area.

Winners of the contest will be announced and ribbons awarded prior to the start of the parade.  For more information and to register, visitwww.galvestonhumane.org or call 409.740.1919.

Firefighters Local 571 hosts a parade dedicated to the families and children of Galveston. The 2016 parade marches on with costumed kids and decorated floats. Click here for route map.

FAT TUESDAY, February 9, 2016
6.30pm-8.00pm
Mystic Krewe of Aquarius 20th Annual Fat Tuesday
Everyone's favorite parade will roll through downtown in the final hours of the 2016 Mardi Gras celebration. This all Krewe event will feature 8 marching bands and the Krewe's of Gambrinus, Momus, Babalu, ZKrewe, Thalasar,
Lighthouse Krewe, and much more 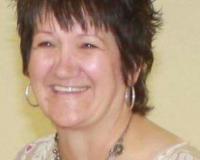 Its Not Just About The Price Of The Home

It’s Not Just About the Price of the HomeWhen most of us begin searching for a home, we naturally start by looking at the price. It’s important, however, to closely consider what else impacts

Three Ways To Win In A Bidding War

The Cost Of Renting Vs Buying A Home

The Cost of Renting Vs. Buying a Home Some Highlights The percentage of income needed to afford a median-priced home today is declining, while that for renting is on the rise.

Summer Is The New Spring For Real Estate

Summer is the New Spring for Real Estate Some Highlights The health crisis slowed the market this spring, so buyers are jumping back into the market to make their moves this summer. Check

By registering, you agree to our terms of use and that real estate professionals and lenders may call/text you about your inquiry, which may involve use of automated means and prerecorded/artificial voices. You don't need to consent as a condition of buying any property, goods or services. Messages/data rates may apply.